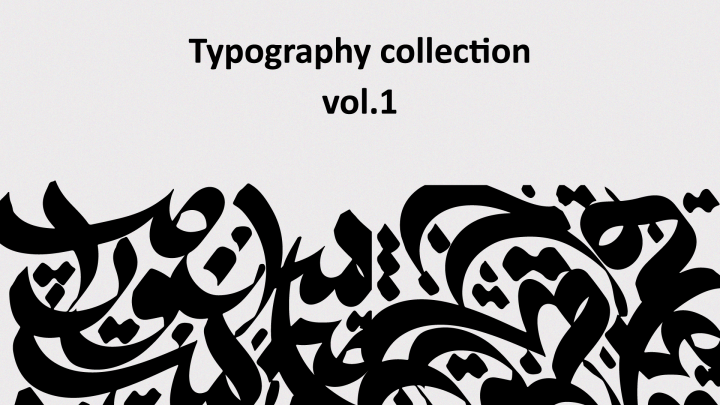 Typography has always been my biggest hobby since I was in high school. Letters and their forms would excite me. In my country’s history, there have been a lot of wonderful poets and philosophers such as Hafez and Rumi. They were very inspiring and Iconic for people even during their lifetime and their poems and the power in their words would influence me every time.
So, I thought that I have to do something with their poems. The Persian alphabets is similar to the Arabic language and these two are different from all other languages around the world. Persian language has some advantages for making typographies as the letters are connected whereas other language’s letters are written separated originally. Persian written form gives this opportunity to be more creative in terms of forms and connections which help you to represent the poem as something like a painting.

I have always tried to find new ways for making typographies and be more creative. It never matters to me whether it is a word or a sentence, if there is a way to make them more beautiful and eye catching I will try my chance.

I did everything with my smartphone ( Samsung galaxy note ) and just added a frame plus few adjustments on Photoshop.